Last week everyone in the San Diego office flew to the brand new Newgrounds office located in Glenside, PA. In addition to our flight, Dan Paladin made the trip to the Newgrounds HQ as well. The goal of the trip was to finalize some key items on our next game. It was a very successful trip and we accomplished so much in just one week! Here are some pictures from our little adventure. 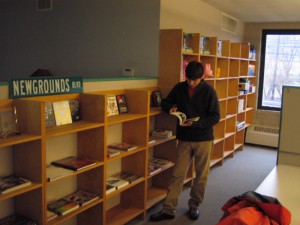 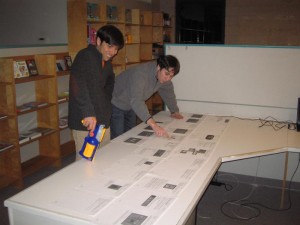 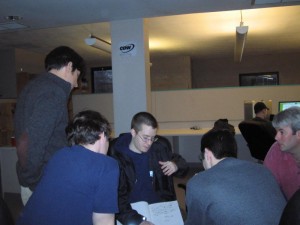 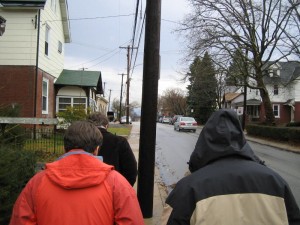 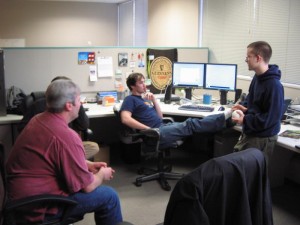 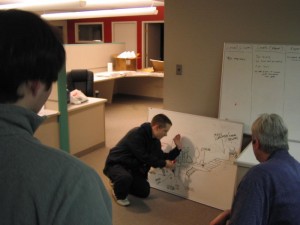 Feburary 3rd marks the release of Alien Hominid for the Gameboy Advance in Europe. That’s only 10 days away!
Also be sure to check out www.thebehemoth.com for the latest updates of our upcoming projects. We just came back from visiting the brand new Newgrounds HQ, and we have the pictures posted in our Developers Diary

By: John Baez – Producer, the Behemoth
Last year in January Tom and I headed out to Park City, Utah for the finals of the Big C Independent Games Competition. One of this year’s entrants emailed me with questions about the event and IGF, so we thought it would appropriate to share our experiences with everyone. You can read Tom’s related post from last year(here) It was written by Tom just after we got back.

This year the Slamdance competition organizers changed the name of the competition to the “Slamdance Guerilla Game Competition”. We were never really sure what the “Big C” was, so the name change makes sense. They also have a number of new sponsors and it appears the competition is growing.

Having the competition run concurrently with one of the biggest film festivals of the year has certain advantages and disadvantages. The good thing is that the games get exposed to a lot of non gamers because the venue is set up in the lobby of the main Slamdance festival hotel. So there are lot of people hanging out waiting for the films to screen and enviably there are many who come by to check out the games. The disadvantage of course is that it takes place during Sundance, which means the streets are packed, the restaurants are packed and you can’t get a hotel room unless you booked three years ago. (Or unless you stay in Coalville, 40 minutes away, and drive in each day, like we did.)

There are so few game competitions which are open to entry directly by developers that even with it’s small drawbacks, the experience of going to Slamdance/Sundance and showing your work is fantastic. It differs a lot from the IGF, which is held in March during the Game Developers Conference. The IGF is much more of an industry event, it is much bigger and it seemed to me that we just didn’t have time to sit down with the other entrants and share our experiences like we did at Slamdance. The crowds playing our game at IGF were hardcore gamers, whereas at Slamdance there is a more representative slice of human diversity.

Slamdance is smaller than IGF and somewhat private, so we got to know the other developers fairly well. Our game was not a PC game, so for the first day we were kind of the 500 pound alien in the competition until we explained to the other competitors that we paid for the entire development of our console game out of our own money and didn’t sign with a publisher until we’d finished the game. We actually gained a lot of respect from the independent game development community from our participation in Slamdance. It probably helped that we didn’t take home any of the prizes either.

Since most of the people in Park City are there for the films, the game competition does tend to stand out for those who know about it. We were lucky enough to get some TV coverage while we were there because our game was visually attractive enough and our story interesting enough for some of the TV segment producers who were there to shoot more than just the film angle of Sundance. Some people drove up from Salt Lake City just for the games competition, so it was fun to talk to them.

Typically we would roll in from our hotel in the morning (tip: park in the city hall parking lot up on the hill- it was usually empty until around 10 am.) set up our rig and demo our game or talk to other developers all day. People waiting for the films would begin to roll in around 11 am and it would be pretty much non stop all day long. We’d take breaks for lunch and dinner, usually heading out for food with other developers. For the most part we stayed around the game venue to help players with our game, but some of the other developers just kind of disappeared the whole time or didn’t show up at all. The venue is pretty small, so we came prepared with some counter top standee graphics to dress up our area. We also brought some cool buttons that were a hit with crowds. There was a constant stream of media there, so a one page company bio with info about the game is essential. Samples are also good to give both publishers who might be there and to trade with other developers. We now have a nice collection of games from other developers we’ve met at IGF and Slamdance.

Judging was great because it was very informal and personal – a group of judges would essentially interview each of the teams while reviewing the game. In some respects this was similar to pitching the game to a publisher, so it was great practice. It was also pretty low key, so feedback over the following days from the judges was plentiful.

Since Slamdance is put on by hardcore independent film makers, we learned quite a bit about marketing from them. People who were in Park City to show their films (either invited by Sundance, Slamdance, or one of the many other film groups) really knew how to get people to come to their venues. Cast members were dressed up in costumes, people were handing out all kinds of cool freebies with their film screening schedules printed on the back and of course, postcards galore. They were doing so much that game developers could learn from!

For us it was this maverick energy that made the trip ultimately worthwhile. Occasionally in the afternoons we’d go down to the fireside chats about game development, pitching your title, the relationship between film and games and really great to hear something totally new because it was not coming from the game industry, it was coming from an allied industry. New points of view are always good in an industry such as ours.

Did someone ask for a side of BEES with their BEES

Transmission received successfully: The latest and

An out of this world transmission is headed your w

Nothing like snuggling up under a warm blanket of