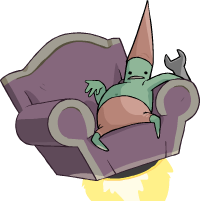 We’ve got a little over a week before the Pit People Steam Closed Beta starts on September 28th, so we’re going to take this beta hiatus to go over a couple more fighter types in Pit People!

First, let’s take a look at our most laid back fighters called Gnomes. They’re stronger and more active than your average garden gnome!

Gnomes are the mechanics of Pit People

One unique benefit of having a Gnome on your team is the unique ability to heal Electrobots! Cupcake batter and frosting has no affect on Electrobots since they have no organic matter, so the Gnome is the way to go.

Gnomes can fly over hazards like spike pits and chasms

Gnomes also have the advantage of flying over some hazards, like small chasms and spike pits.

They’re also very resourceful with those wrenches! At one hex away, Gnomes have a weak ranged attack against non-electrobots. However, when hitting Electrobots they know the perfect spot to hit and will receive bonus damage against them!

From the other side, Electrobot attacks are weak against Gnomes since Gnomes have some resistance to electricity. Gnomes can also avoid snares.

But they hate getting farted on! Mushrooms get bonus damage against Gnomes for this reason.

Gnomes also have a special flinging move to toss fighters from their team towards another area of the map.

After a Gnome flings a fighter, that fighter could land in an opportune spot

You can use this utility ability to place one of your fighters within the vicinity on your farther enemies so they can attack in that same turn. Let’s hope the Gnome’s aim is true!

Only fighters that take up one Team Slot can be flung — this includes Zombies and Kobolds! After the Xbox One Closed Beta ended, we also added the ability to fling Wraiths and Electrobots. 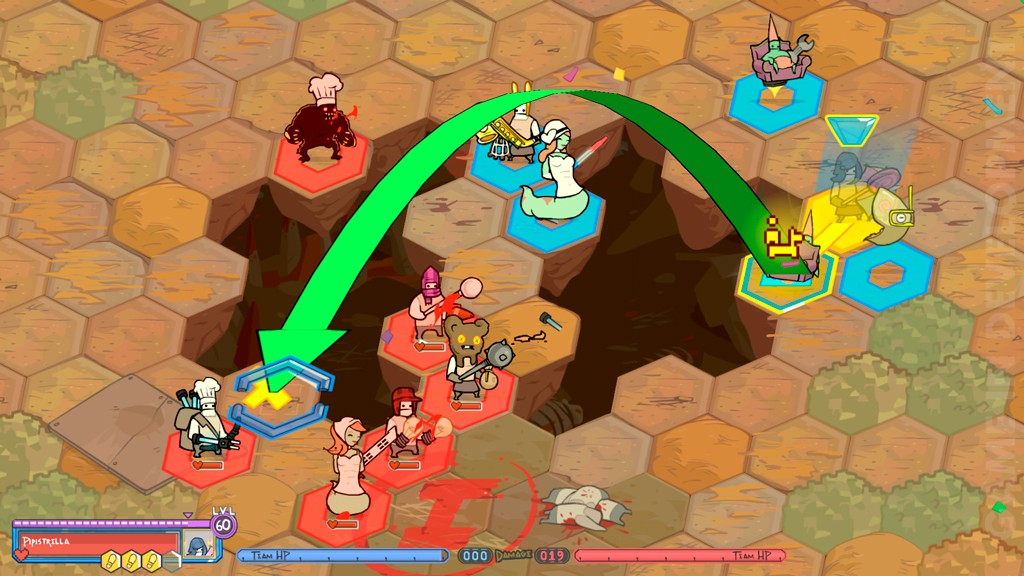 Pro-tip: Fling a fighter towards a long ranged archer. Close that gap so you can take them out before their arrows take your team out! Fling a mushroom at a cupcake with some enemies nearby. Flying Fart attack!!!

Gnomes really take couch-surfing to a whole new level! They don’t lie down on the job. They can really put the ouch in couch. The gameplay mechanics of a Gnome are pretty mechanical!

Home is where the Gnome is.

Come back next week when we reveal some more tips on fighters and items in Pit People!