SWEET! The Pit People closed beta is coming soon! Earlier this year we announced our closed beta will be coming to Xbox One first with Steam to follow. If you’d like to get directly contacted when the registration form goes up, you can sign up for our mailing list here. We’ll only email you about our latest game updates and our upcoming events, so only expect one email per week from us!

Until then, let’s talk a little bit more about what you can expect from our post-apocalyptic world: 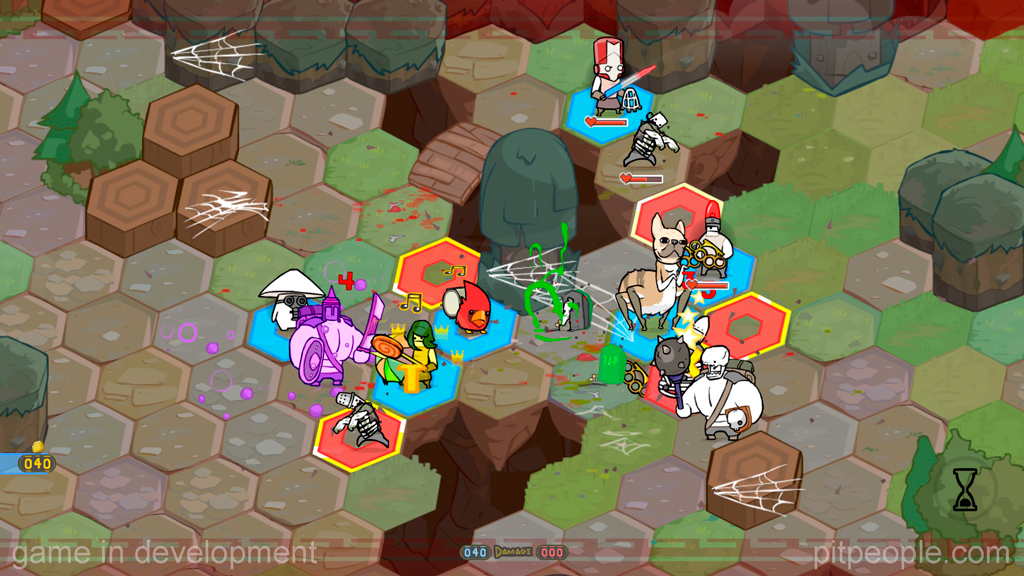 You’ve had a chance to learn more about several fighter types in Pit People, including Cupcakes that heal and Hair Trolls that self-heal but take up more Team slots. Now, it’s time we introduce you to a fighter who can resurrect and only takes up half a Team slot!

Meet our zealous Zombies! They can’t wait to go into battle, kick butt, and take some names. But keep in mind that they are a bit sluggish due to dragging dead weight around. These fighters can only move a max of 2 steps per turn. 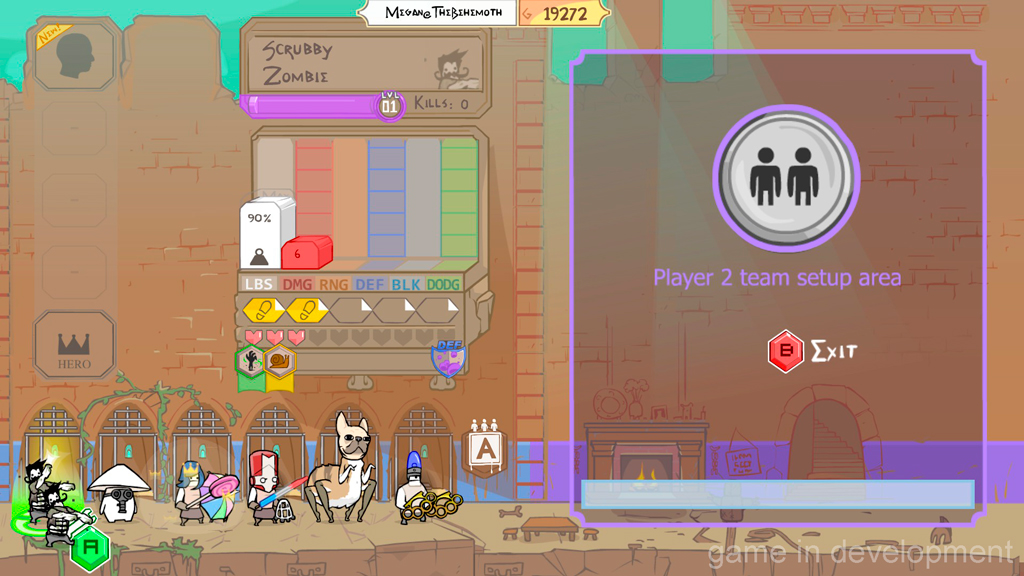 Luckily, you get two Zombies for the price of one human! These guys are like the mathematical opposite of Cyclopes and Hair Trolls — instead of taking up two Team slots, these fighters take up half a Team slot.

You’ll also notice in these images that the Zombies share helmet & hairstyle options with Human fighters. Anything you can put on a live Human, you can put on a dead one too–assuming they were once human.

In any case, you can rest easy knowing that you get two fighters for the price of one human plus the added value of sharing customization options with live humans. Now let’s take a look at what they can do:

We’re not sure if it’s a lack of dexterity or lack of blood flow to the brain, but these fighters don’t use tools. Zombies only need brute force to attack their enemies. The damage dealt seems relatively low, however…

..when you get a group of Zombies surrounding an enemy you have a higher chance to slow down that enemy with one of those Zombie smacks.

On top of slowing down enemies, Zombies are great against poisonous weapons and also resistant to the farts of Mushrooms. However, they are weak against ice so be sure to get your Zombies away from popsicles and ice mortars!

But let’s not forget about the most thrilling and chilling feature of the Zombies. These guys are already dead so, like Electrobots, Zombies cannot be healed by Cupcake frosting. However, if a Zombie is killed in a fight, there’s a possibility it can crawl out of its grave at a later turn and come back with limited health.

Just be sure nothing is on top of your Zombie gravestone if you want the odds of resurrection to be higher.

All these pros to using these cadavers can be eerily helpful for your team. What are your thoughts on Zombies? Let us know in the comments below!