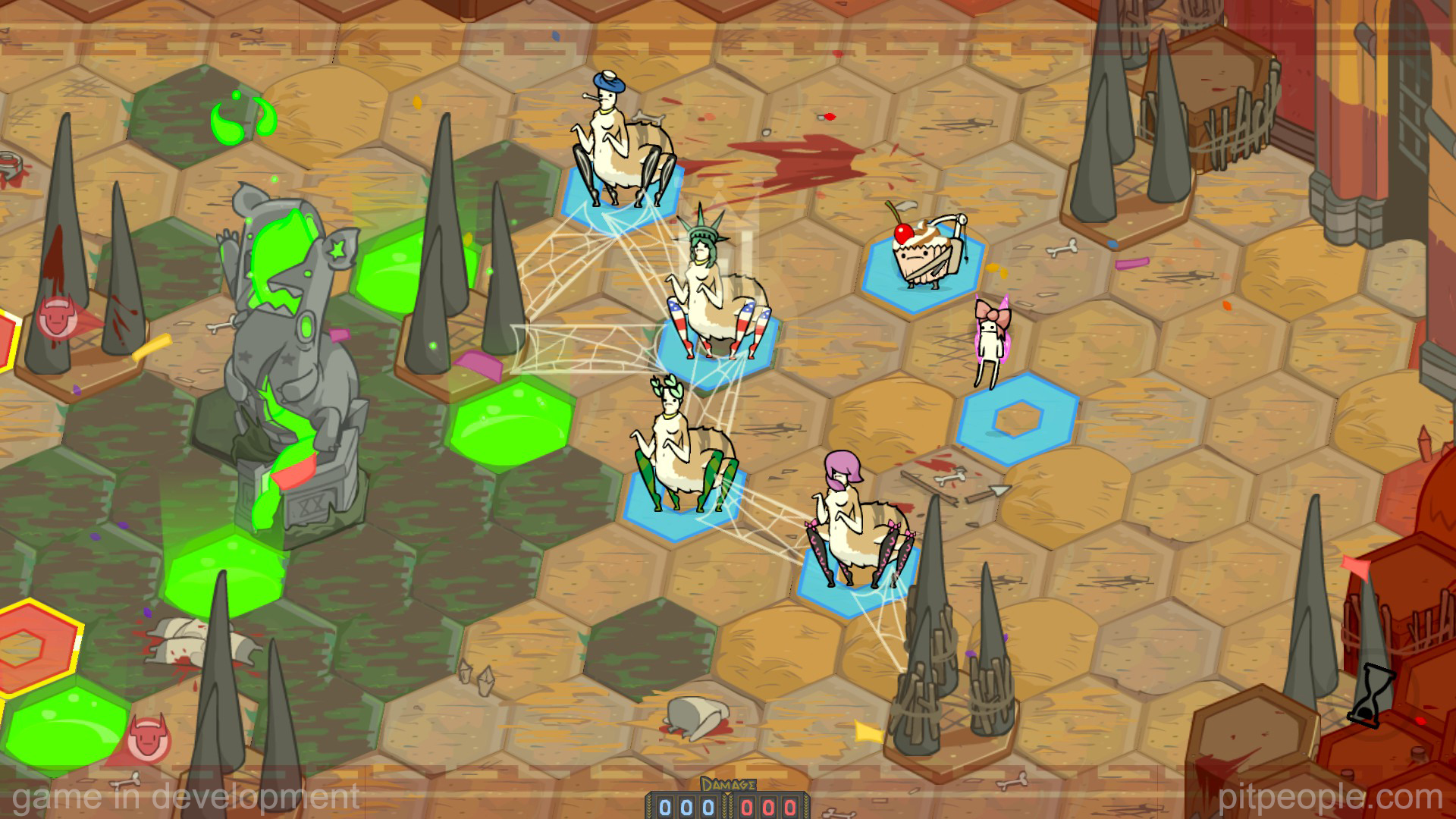 What do you do when you run into obstacles in your path? Some fighters go around them, while some become that obstacle. Pit People’s Spidaurs do the latter!

There are tons of levels in Pit People with varying terrain. Spidaurs can use taller objects that are closeby (such as large trees or statues) to create an insurmountable wall of webbing. Every fighter type will be limited in the paths they can take once that wall goes up. The amount of utility these ladies bring to a fight demands respect!

Spidaurs can also cast webs to one another! In the GIF above, we see our old friend the Cupcake, healing the Spidaur after it walked through flames caused by the enemy Pixie. More noteably, that Pixie is completely closed off by web walls and cannot go anywhere! If that Cupcake was just one more hex away from the Pixie, it’d have nothing to shoot at. Woops!

While Spidaur webbing can be used as a defensive tactic, they can also deal some damage using their legs.

Spidaur appendages are appropriately dressed with stylish socks to show off their high kicks in battle. There’s also a decent chance for the attack to snare enemies!

Archers and Cupcakes on the Spidaur’s team can also hitch a ride on the back of a Spidaur! The two can form a roaming fortress of hurting or healing! On top of that, the rider won’t take damage while on the Spidaur because the Spidaur takes any attack made by the enemy team.

Overall, the Spidaur has great defensive abilities for herself and her teammates – but she’s no stranger to offensive capabilities, either.

TL;DR
*Spidaurs can create a wall of web that attaches to a tall obstacle or to another Spidaur
*Spidaurs can attack with kicks and web netting
*Archers and Cupcakes can ride on a Spidaur, which provides extra protection

Which Spidaur ability would you look forward to using? Let us know in the comments section below!