Until then, let us regale you with our highly evolved Octoclops from Pit People! We’ve also included some tips on how to use this fighter:

Why is it called an Octoclops, anyway? One tentacle, two eyes, and eight brain centers — while it looks fairly harmless, this highly intelligent Octoclops has manipulated its own ink to be able to color its opponents so even their own teammate’s don’t recognize them!

An ordinary octopus will generally use ink when it senses danger, but Octoclopes go on the offensive by attacking from one hex away to turn that dangerous foe into a helpless non-contender for one turn.

His own team doesn’t recognize him anymore!

Once a fighter has been converted by an Octoclops, that fighter’s own team could attack him or her if they aren’t careful.

Tip: If you see one of your fighters with the spinning yin-yang icon, be sure to position your other fighters away from that hex to avoid bringing down your own team’s HP.

The most ideal situation for Blue Team

Tip: For those players who are using an Octoclops, try to color the toughest or bloodiest fighter on the enemy team.

Tip: Octoclopes can float over small chasms, spike pits, and fires without being harmed. Beware of poisonous gases, though! 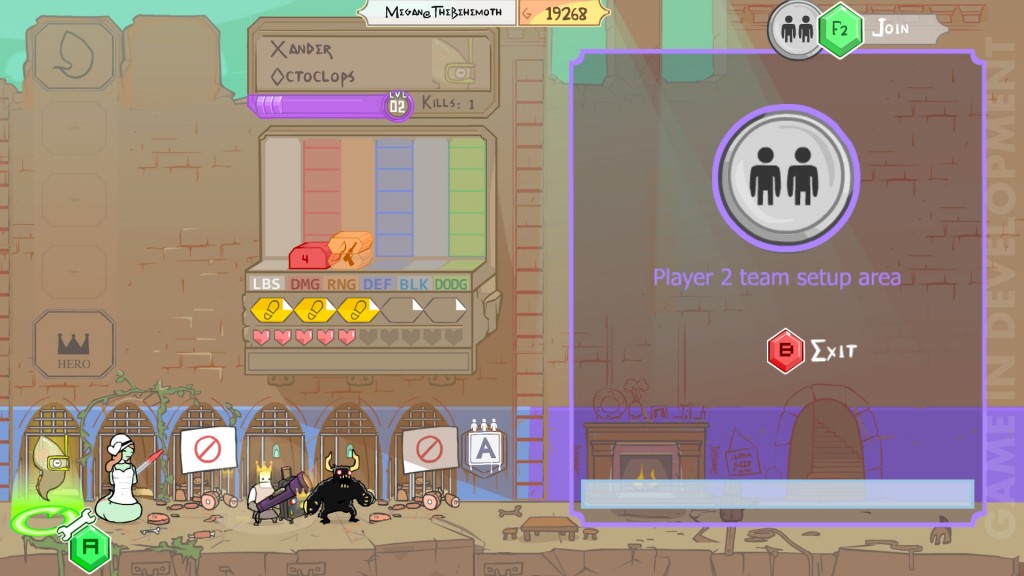 While the Octoclops will be a fun fighter to have on your team, keep in mind that it is generally fragile. Be sure to protect your Octoclops so that it can continue being an asset on your team!