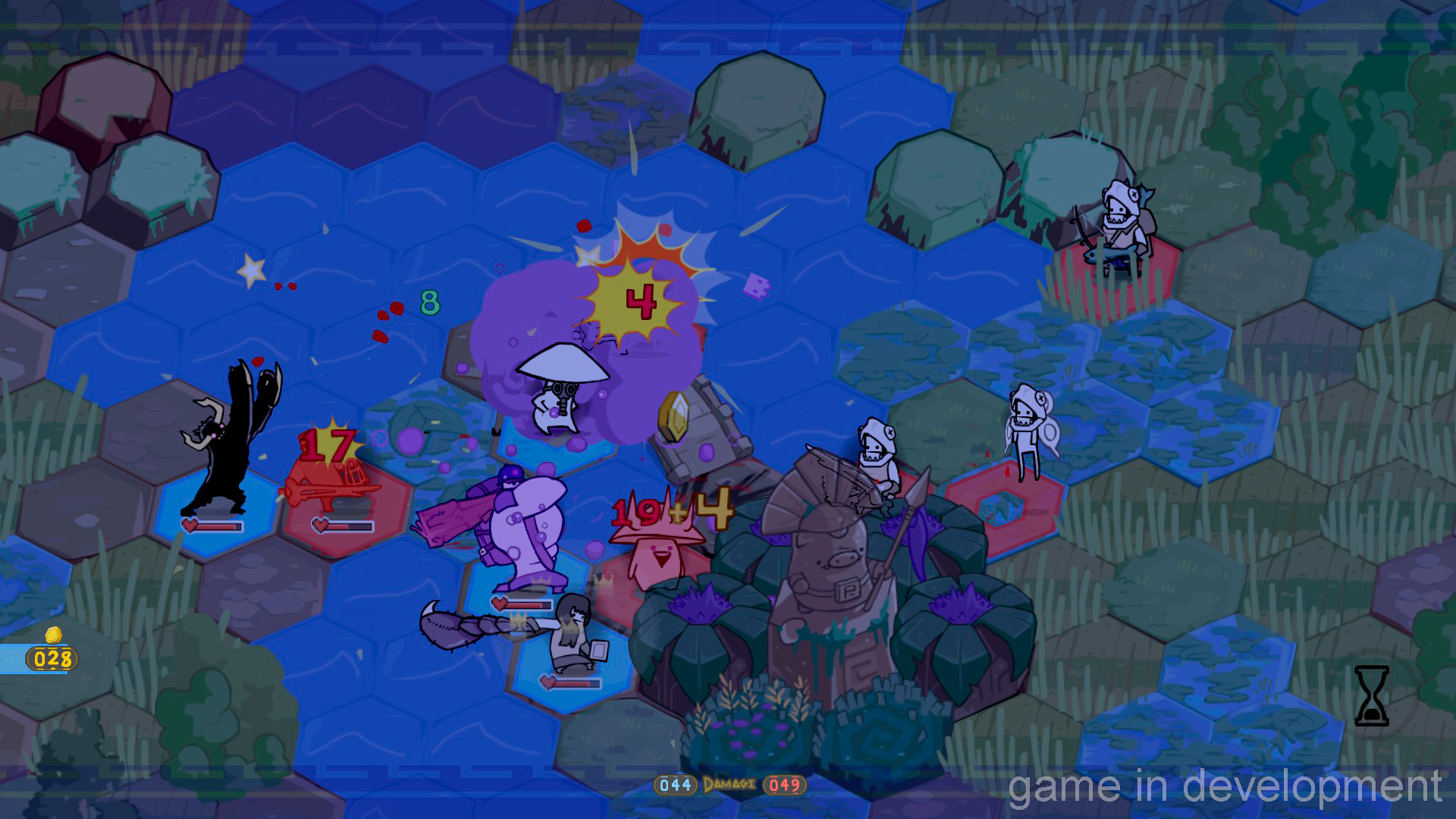 They attacked in the middle of the night: A Hair Troll, a Mushroom, a Cyclops, and a Human

Hello, potential patrons of the Pit! We’re currently still working out the details of our Pit People closed beta, which we’ve announced will be coming to Xbox One first with Steam to follow. The plan will be to post the registration form online as soon as we can!

In the meantime, let me introduce you to one of my personal favorite fighters in our game: Hair Trolls. These gigantic creatures rock their strength with shiny, black tresses all over their bodies.

A Hair Troll’s strength allows it to attack their opponent with their bare hands, often flipping its enemies over its back for the back line to devour.

The Hair Trolls in Pit People have a sturdy pelt that is resistant to ice. A formidable opponent against ice mortars and popsicle swords! But every creature has a weakness: With that much hair on this fighter, you’d better be careful of fire!

Warning: High levels of stress in game can cause hair loss

If a Hair Troll suffers multiple attacks in one turn, it will have tufts of hair fall out and layer the ground with its locks of shame.

But there’s still hope even in these dire situations! Hair Trolls have the ability to heal at each active turn. As long as it hasn’t been stunned or frozen, the Hair Troll will regain some life force to keep fighting. 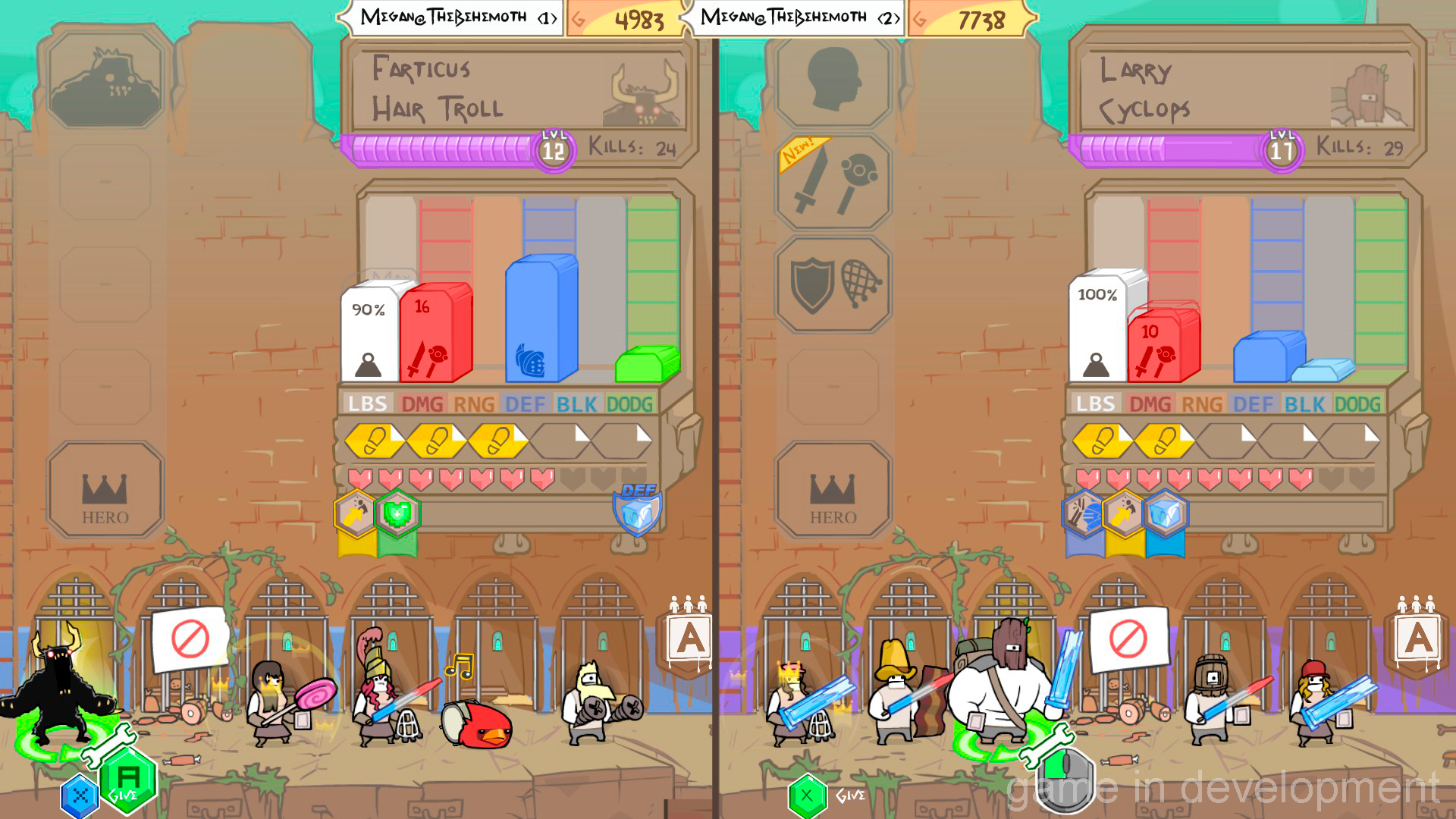 Much like our Cyclopes, this fighter type takes up two team slots on your team due to its size. Just like any other fighter, you could choose the Hair Troll to be your one hero on the team. This beast has such a boost in stats that it almost becomes impossible to stop!! Almost…

Enough gushing for now. If you’ve made it this far, then many thanks for reading! If you just scrolled through all the pretty pictures, shame on you, but here’s a summary for you: