Update on 9:30AM, September 20, 2015 – Castle Crashers Remastered has launched in Portugal! 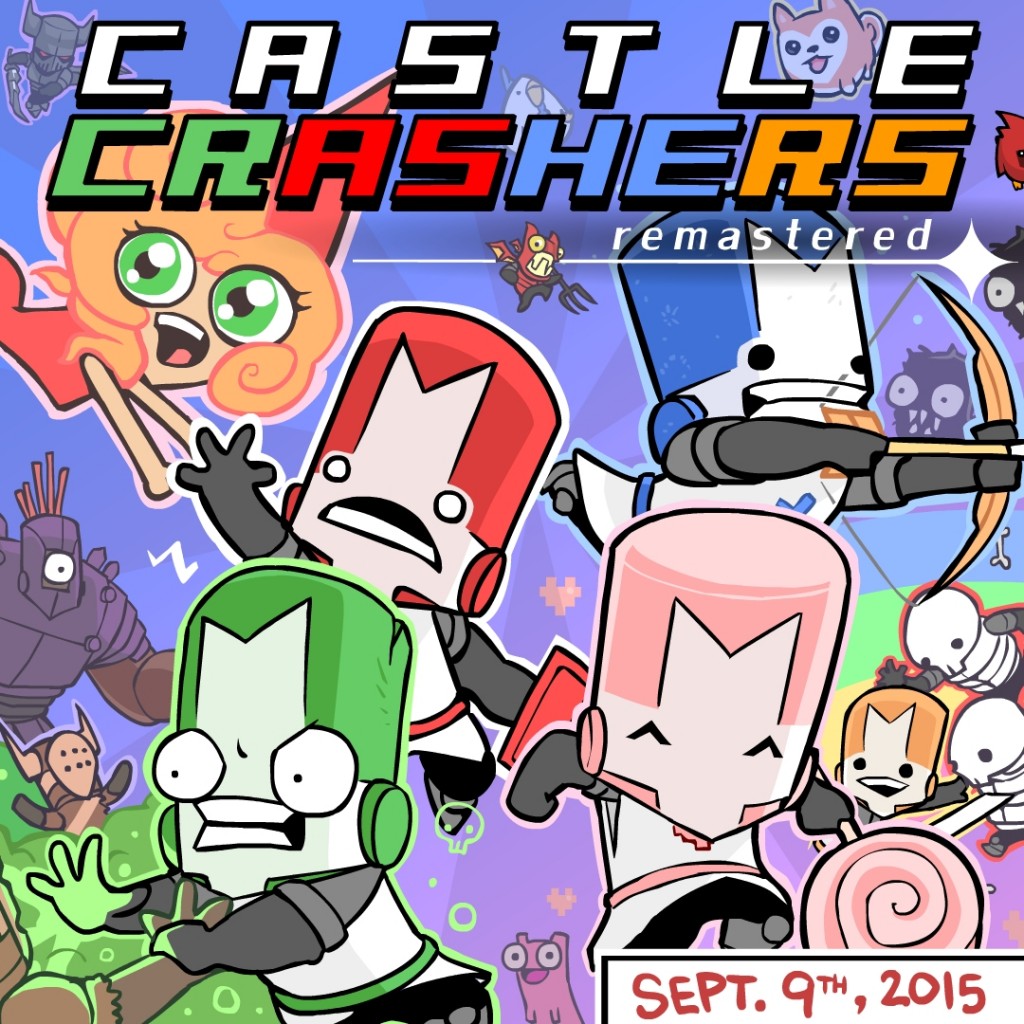 This means that all of those countries will also be able to take part in our Thank-You-For-Saving-Our-Lives-That-One-Time special promo! To reiterate: “Castle Crashers Remastered on Xbox One will be $14.99 which is our usual cost of admission for this classic game baby. However…if you’ve previously owned Castle Crashers on Xbox 360, you shall receive our Thank-You-For-Saving-Our-Lives-That-One-Time special price of FREE THROUGH SEPTEMBER 20th with current Xbox Live Gold membership.”

We’re going to have a few live streams in the next week and we hope you’ll tune in!

September 9th @ 4:30-5:00PM PDT : ID@Xbox on Twitch.tv/Xbox
We’ll be chatting with the ID@Xbox team about Castle Crashers Remastered and answering questions on their live stream!

September 15th @ 3:00-5:00PM PDT : Our live stream on Twitch.tv/thebehemoth
Want to know who’s the best at Back Off Barbarian in our studio? We want to know, too! Come join our 2 hour live stream as we battle amongst ourselves. We’ll also be giving out prizes and answering questions from the chatroom!

Remember, September 9th is our self proclaimed International Couch Co-Op Day! Castle Crashers Remastered and Lovers in a Dangerous Spacetime both feature couch co-op and you can get both starting September 9th!