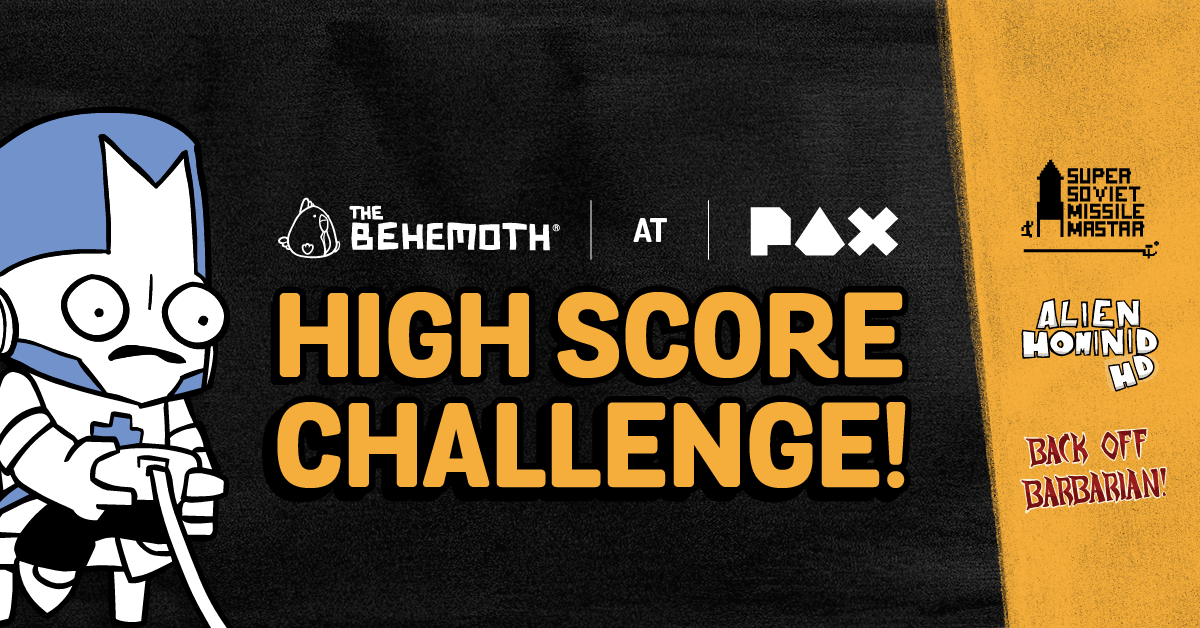 This year we’ll be busting out a daily High Score Challenge at our PAX West booth from 10AM-4PM PST! Win stuff! Beat your friends! Make new enemies! Go home with all the loot!

Back Off Barbarian – outlive your friends and your enemies!

Super Soviet Missile Mastar 4.0 – can you go the distance in this beloved classic?

Get the high score on any of the designated stations, enter your initials, take a pic (old school) of your score, post it on Instagram with the corresponding hashtags :

At the end of the day if you are the high score, you WIN!. Just come back to the booth to claim your prize.

The daily high score winner on each station wins up to $100 in pre-determined Behemoth merch.

If you get the high score on any game, just take a pic of the leaderboard with your score and post it to #DidIWinBehemoth #PAXWest2018 on Instagram.

Daily winners will be announced at 430PM and have until 530PM to claim their prize. If the winner does not show up or contact us, the next high score will win.

Oh, and you can try as many times as your lil’ heart desires.

If you hadn’t guessed it already, we’re partying like it’s 2004! The history of the Super Soviet Missile Mastar (SSMM) arcade cab is a torrid tale that spans years. Kind of like the cold war, but minus the communism (and actual real life problems).

What started in PAX East 2012 with a cabinet designed around the iOS version of the game and powered by an iPad, later became an elusive construct that would eventually get lost in time, haunt us, and then re-manifest stronger than ever.

Tales of a boy riding the PAX East escalator with a life size foam rocket would echo these halls for years. There were then later sightings of SSMM 2.0 at Portland’s Retro Arcade Festival in 2013 and again at PAX West where it appeared to of grown a bowling ball… or goiter.

But the crimson tide and all its plastic straws cannot be contained, nor can John Baez’s drive and love for this arcade cab. This PAX West will celebrate a 7 year love affair, not just between a man and his machine, but the marriage between analog and digital… wrapped in a post-cold war era humor husk and… a bowling ball.

We give you: Super Soviet Missile Mastar 4.0 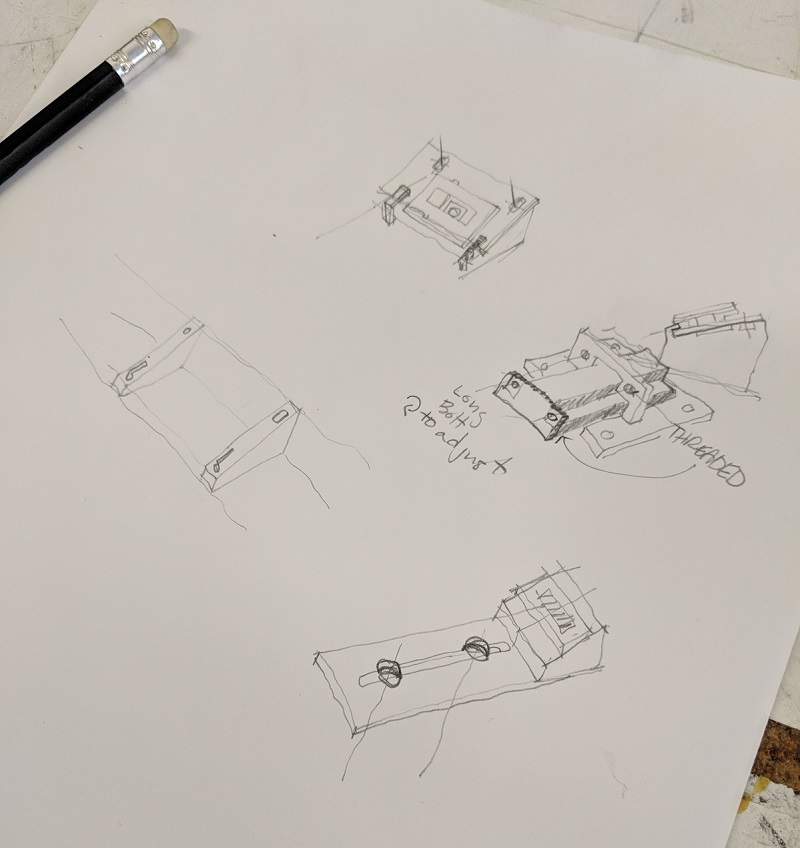 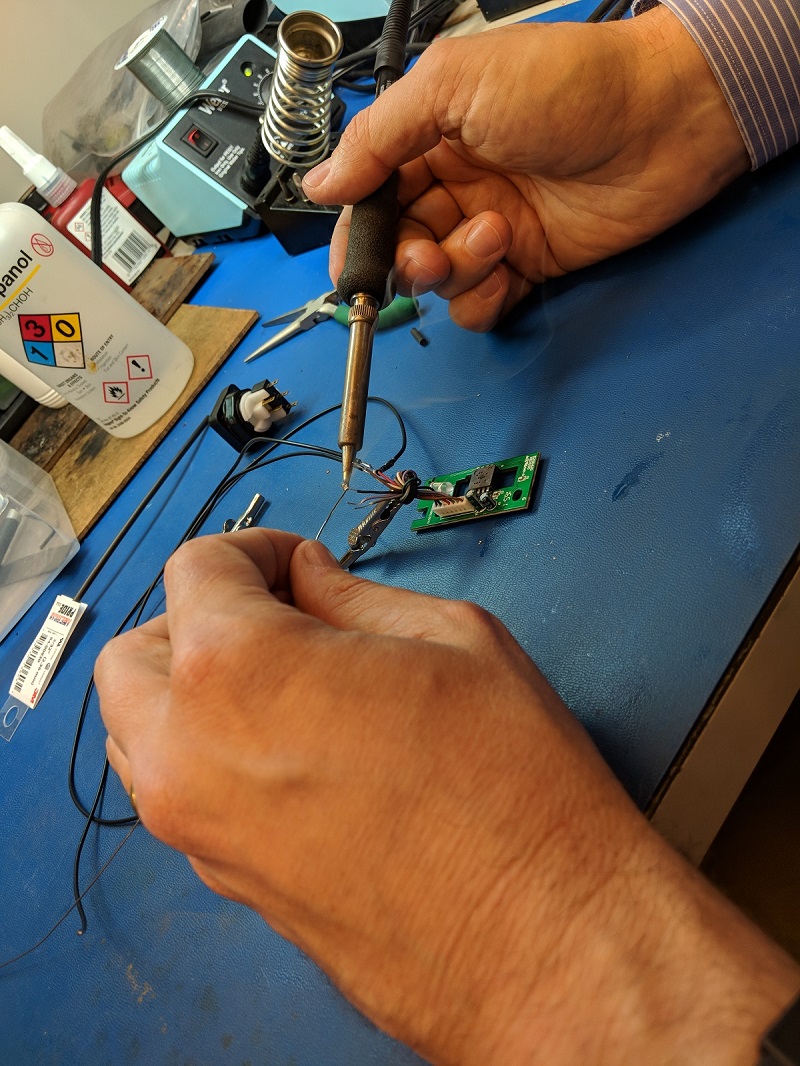 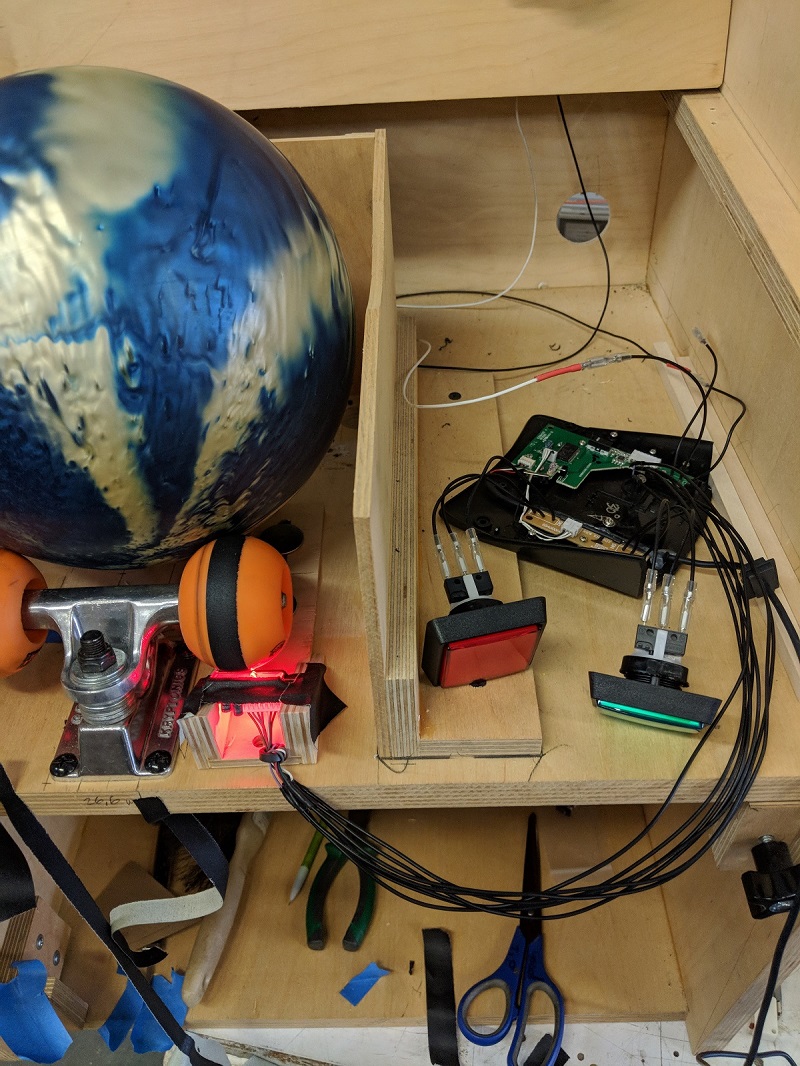 See you at PAX West!

Happy Father's Day to all the Dads out there... an

Which came first, the Behemoth chicken or the egg?