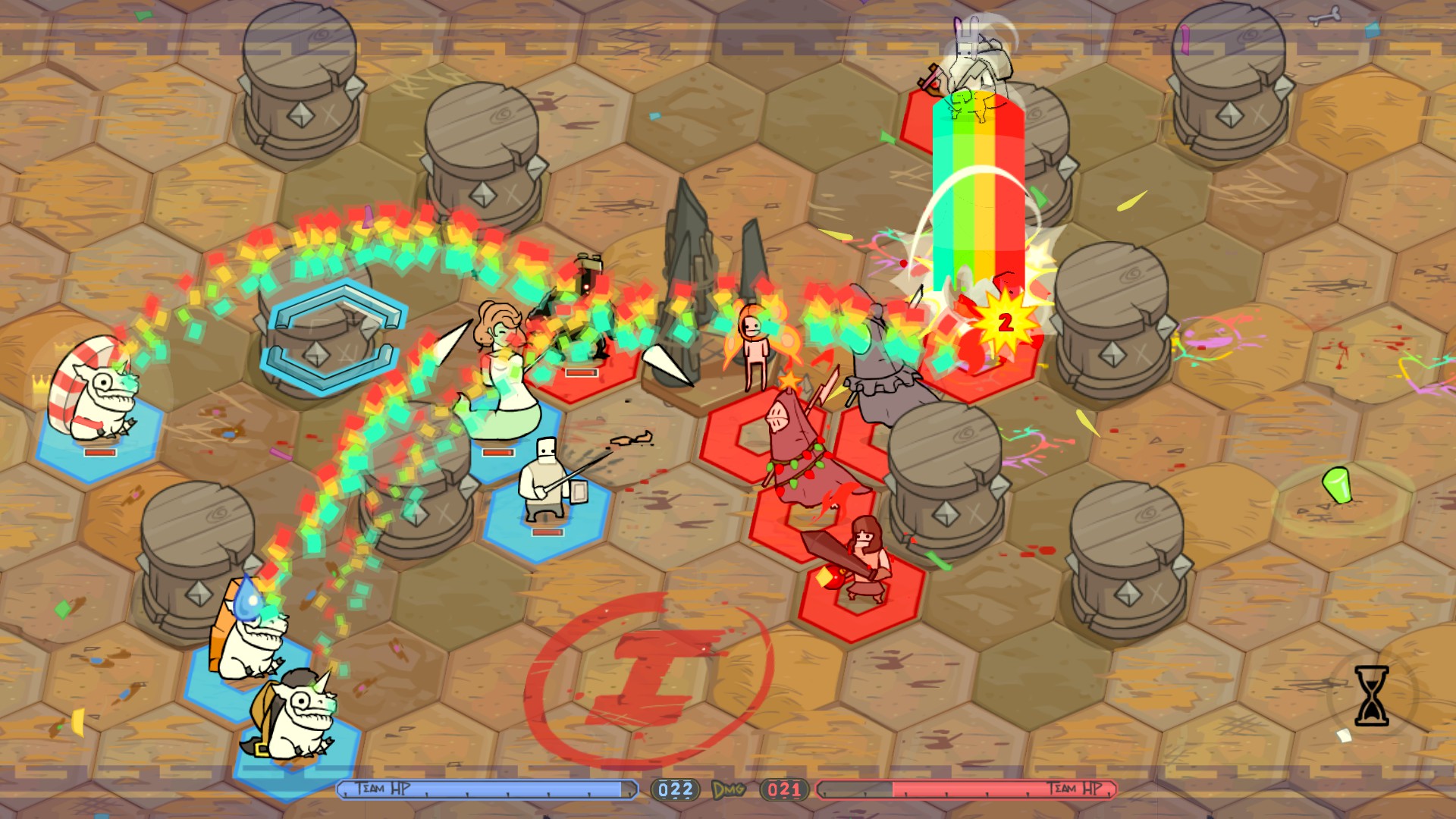 With the excitement of Pit People’s Early Access launch last month, we had to postpone on our next creature reveal until now!

Without further ado, we give you the Rainbow Horses in all their grace:

These beasts seem to break convention from what the legends tell us. For one, they have the ability to shoot out their explosive horn and re-grow it before the next turn!

Look at that damage from a far distance! Rainbow Horses can only fire long ranged and have no melee attack. But that rainbow powered attack will leave a mark — literally!

They can only scoot two hexes per turn, so it’s best to keep your Rainbow Horse beyond your forces if you want to keep them safe.

Just keep in mind, you may not want to leave your Rainbow Horse completely unguarded in the back lines depending on which enemies you’re up against.

A Gnome could easily fling a fighter close to your Rainbow Horse, possibly even right next to it if they’re lucky! Not to mention Kobolds have twice the movement compared to a Rainbow Horse, so they’re bound to catch up with them! Rainbow Horses don’t seem to have any idea what’s going on so they will never make an attempt to melee an attacker.

Last but not least, the Rainbow Horse has an indirect attack as well. Even if the horn does not explode immediately, it can get stuck in the terrain and become a ticking time bomb — with an unknown amount of time (turns) before it sets off!

Anyone standing near it could take damage when the blast goes off, so make sure to keep an eye out for those blinking, rainbow-colored land mines! The longer a horn sits on the field, the more damage it will do! 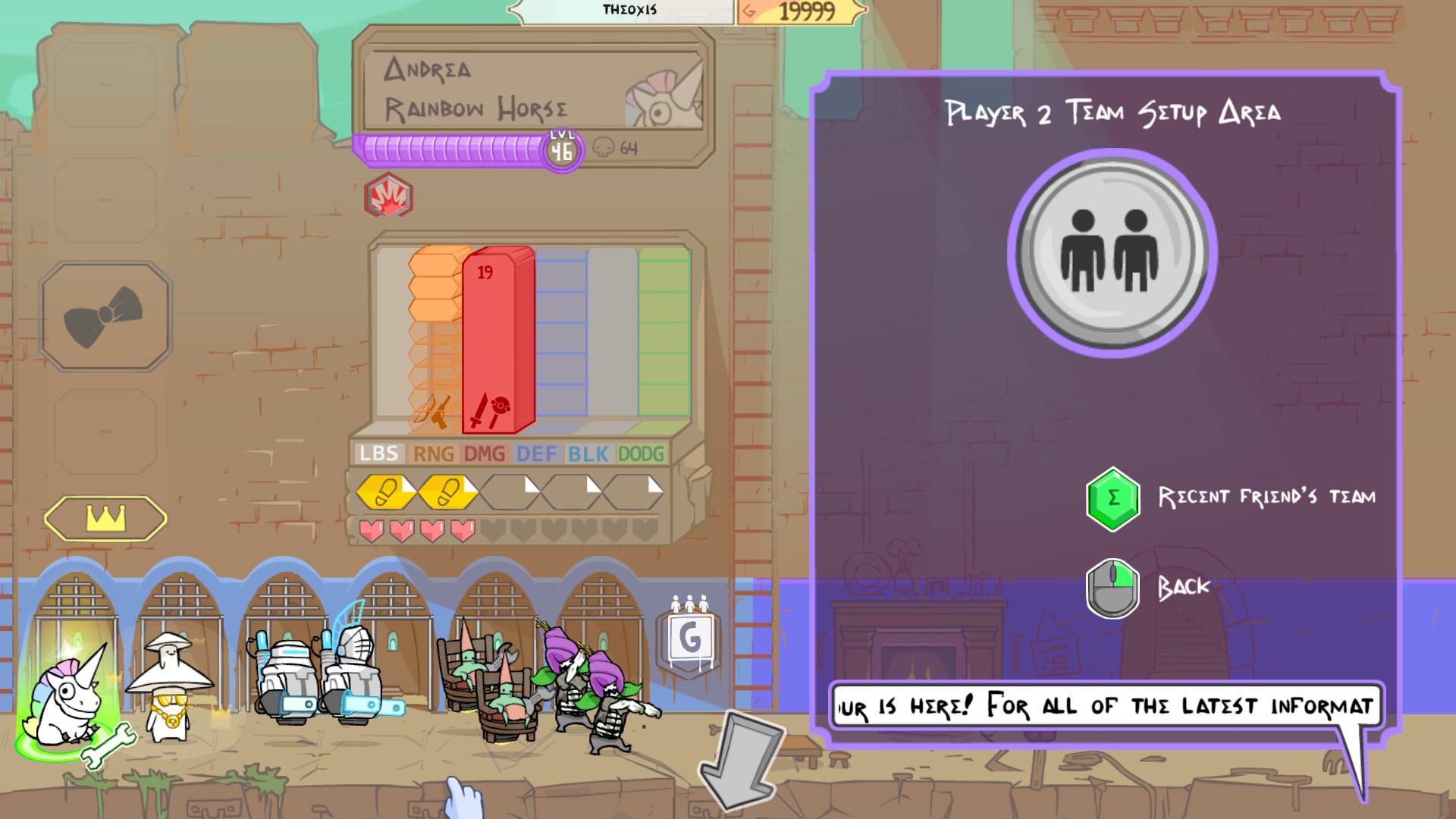 The Rainbow Horse can be a good balance to a team of melee fighters and they only take up one Team Slot.

Give them a try if you haven’t already!

Note: The rainbow trail behind the flying horn will be implemented in a future update. Pretty rainbows are something we can look forward to together <3