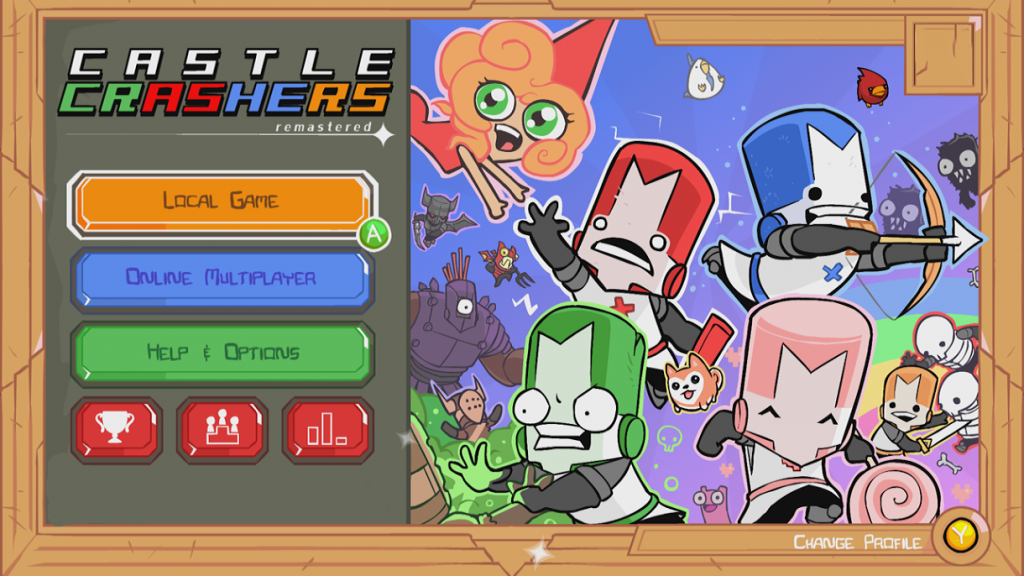 For those of you who have been enjoying hours of hacking, slashing, and adventuring in Castle Crashers Remastered on Xbox One, we’re here to make your experience even more awesome! There were a few visual and matchmaking improvements for this update:

* Some misc. fixes for issues that would occur after regaining network connection

* Fixed issue where multiplayer privileges messages were being incorrectly displayed.

* Fixed online issue where clients were booted out of a match if the host becomes disconnected.

* Addressed issue with lobby timer resetting when players read up and then un-ready.


Back Off Barbarian (BoB) specific updates:


The next time you load up Castle Crashers Remastered, you will get prompted to update the game. These changes will go into effect immediately!

Thanks again for choosing to experience Castle Crashers Remastered on Xbox One!

A bit of a prequel to the last gameplay post. Dan

Behold, the Bounder! We go over this new enemy in

Hey PS4/5 friends, looks like we're keeping the an

But wait there's more! the Behemoth loves our four