TL;DR version: Yep, the Steam update is being coded as we read this! But keep reading, we won’t stop! 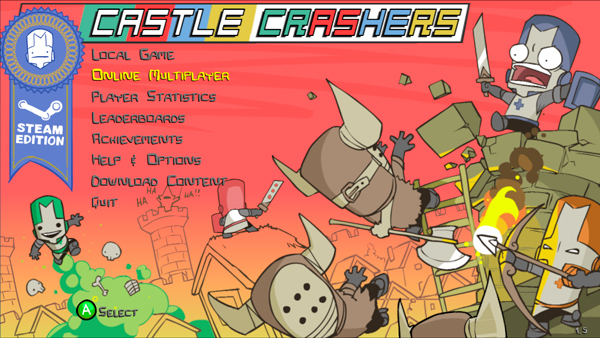 OMG!!! It’s true! We’re currently developing a Steam update of Castle Crashers Remastered that will incorporate the increased frame rate and behemoth texture sizes and almost all the other cool enhancements that we recently released on Xbox One. We’ve even included the new, super fun, multiplayer mini-game, Back Off Barbarian! It’s amazing! Your eyes are going to bleed it is so beautiful! * 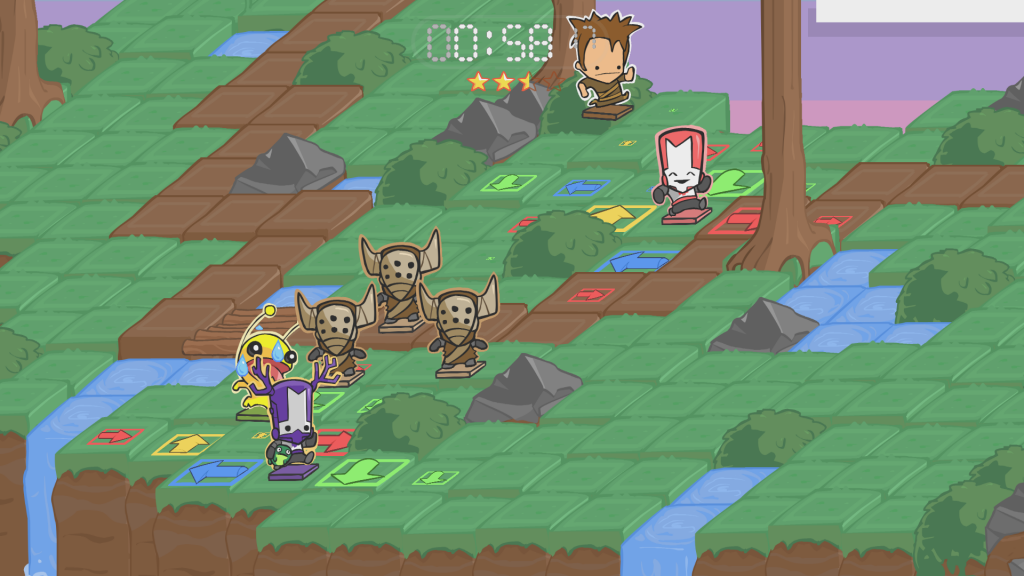 Here’s the poop: on consoles, every time we upgrade from “this generation” to the “next generation”, the hardware will drastically change. For the most part, because of these changes, games are not compatible between generations** so developers like us need to rewrite the code to make it work on the new machine. To avoid confusion, developers add stuff like “HD!” “Remastered”, “Gold Edition” to differentiate between the versions. But what about our favorite thoroughbred workhorse, the PC? Well, since the CPU architecture is not changing, a new version is not required. We just need to post an update to what is already there. So we don’t need the “Remastered” any more…let’s all strike though Remastered together!. Yay, wasn’t that easy? Castle Crashers…the one and only. (Sorry, no new game name for you Steam…but don’t worry, you get all the new toys too!)

So if everything is the same then what’s different? For Castle Crashers Remastered on the Xbox One, all the previous character packs are included in the base game. For Castle Crashers Steam, the DLC will remain as it is today, Pink Knight Pack & Blacksmith Pack are available for purchase whenever you want to to try them and the other characters are unlocked within the game. Remember, once we finish and release the Castle Crashers Steam update all you will have to do is update the game you already have. Easy peezy!*** Got it? Great!

* about the eye bleeding thing…that would probably be a bad thing and it sounds gross, so let’s just chalk that up to marketing jargon, ok?.

** interesting note – the PS2 made a lot of fanfare about the fact that the PS1 games could be played on the PS2. Years later, at the next generation shift, the first PS3’s could play PS2 games too, but it was way too expensive to manufacture that version of the PS3 hardware so it all went away. But things are changing again, so kudos to the hardware manufacturers that still believe in backwards compat!

*** but when when when do you get the update? We’d thought you’d never ask! But, uh, actually we don’t know because we are still working on it but we should be done by the end of the year, Dad said so!

**** Did someone say “Love”? Yep, don’t forget Lovers is out on Steam RIGHT NOW! We love that game, it is our fancy new favorite! Bling Bling! Ok, I’m going back into my cave now…Thanks, Megan, for letting me steal this post…