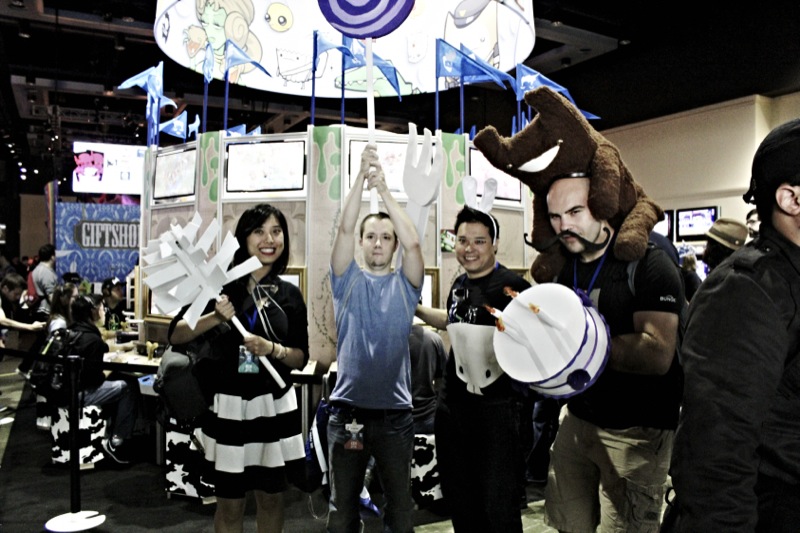 In four days we met over hundreds (probably thousands?) of people during the Penny Arcade Expo in Seattle. With our big reveal of the first playable Game 4 (working title) demo, we had non-stop lines for arcade cabinets, gift shop, and autograph sessions. Check out the Day 4 photos HERE.

As a special treat, the video below is just a taste of 32 hours at PAX Prime 2014. Many thanks to Paul for putting it together!

As you can see in that recap video we went on a few different live streams to show off the game to the fans at home since it was the first time we could really talk about Game 4. Below are the recordings of the live streams we were on during PAX Prime.

Thanks to everyone who came by our booth during PAX Prime! We loooove youuu!