So we had our first day of PAX Prime yesterday and it was crazy busy. We would have posted more throughout the day but it was super packed at the booth at all times–and also the internet kept cutting out because of so many people using it at the con.

We started off with a 10 Year Anniversary celebration at PAX (there was cake and it was not a lie!) and it was also our press appreciation  breakfast hoedown! 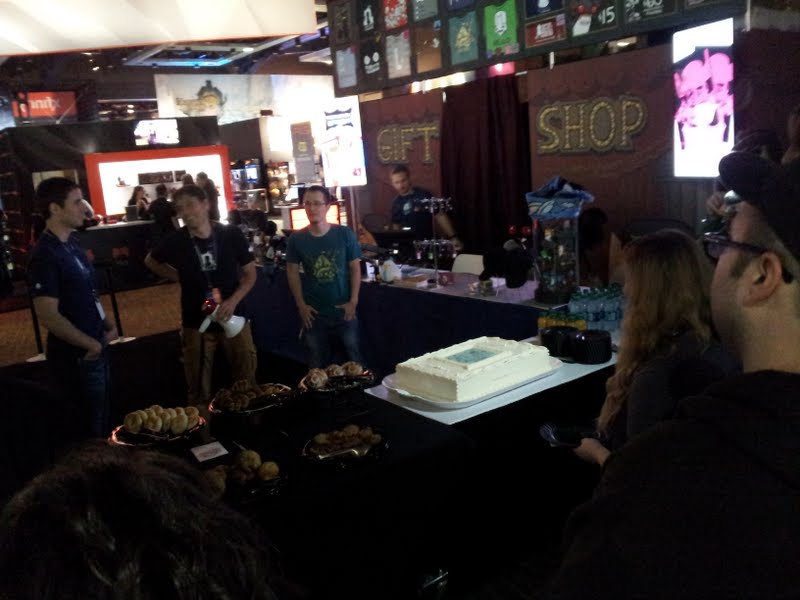 Then the doors opened up to the public at 10AM and the long lines of people started forming at the gift shop. Our Castle Crashers and BattleBlock Theater pins are going extremely fast! Make sure you get some before they run out this weekend! 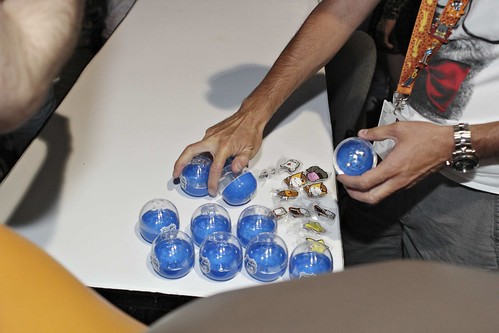 From 2-4PM on Friday, Saturday and Sunday, we will be doing our autograph signings at our Booth (3003). Our first one was yesterday as you’ll see below. 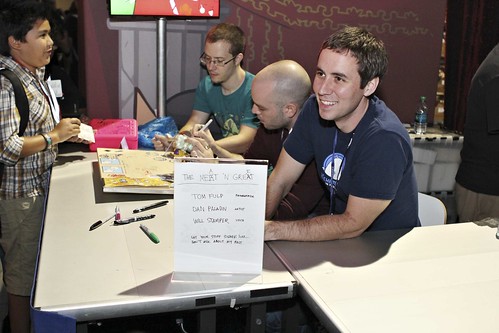 Then from 7:30-8:30, we joined the Omegathon – Round 2, which featured BattleBlock Theater. Our special surprise was that our narrator for BattleBlock Theater LIVE NARRATED the event! He heckled players as those Omeganauts fought for their lives in King of the Hill. 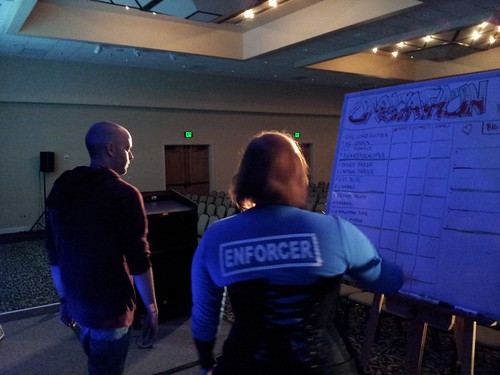 Today, we started off the day with our BattleBlock Theater Ball Game Tournament! From 11AM-1PM we had teams of two hit the highest score and best out of 3 advanced to the next stage. In the end, we had winning pairs for 1st place, 2nd place and 3rd place.

We had another autograph signing today with Dan Paladin, Tom Fulp and Will Stamper. Saturday’s pictures to come!

Don’t miss out on our events tomorrow at Booth 3003! 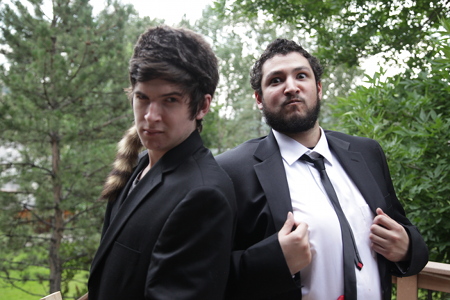 From 11AM to 11:30AM we are doing a REMATCH against UberHaxorNova and Immortal HD. We had our lead level designer and QA tester go up against these guys in Texas at RTX and we were shamefully defeated… Time to redeem ourselves! The members of our team will be announced tomorrow at the start.

And of course, tomorrow is the last day for the autograph signings with Dan, Tom and Will. You know you want their beautiful signatures and sketches on your Behemoth goodies! Come say herro!

Our final DIY mask design is great because you can

Last week we showed off new development in Alien H