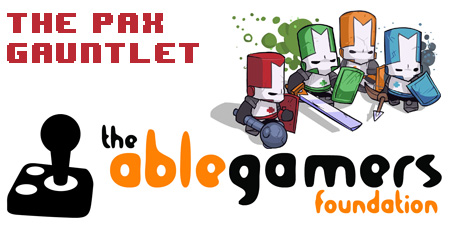 We’re happy to announce that Castle Crashers has been selected as one of the games in the PAX Gauntlet by Dedicated Servers. This is their first official charity event in which they will play a different game every hour from 11am – 11pm EST on Saturday, March 24th. Viewers will be able to watch the event live at Twitch.tv/DSC, and all donations made during that time will go directly to the AbleGamers Foundation for disabled gamers. Please be sure to support the cause by making a donation as you watch them attempt to play video games for twelve hours. We played games for six hours once and then we completely blacked out. Days later, we awoke to find Dan’s left arm had been surgically removed and attached to his face, and our plush toys had been stapled to the ceiling. That was after only six hours of gaming… so who knows what madness will take place during the twelve that the Dedicated Servers guys are about to endure. Be sure to tune in! 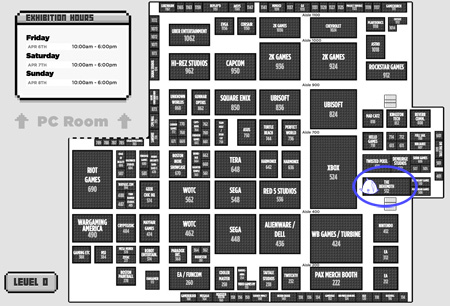 LOOK UP TO THE SKIES AND SEEEEEE…

PAX East preparations have been coming along nicely and we can finally reveal our booth number! The Behemoth will be located at booth #512, and you shouldn’t have trouble spotting us since  our gameplay footage will be projected on a giant screen with Hatty Hattington looming over. Yep, you read that right. Hatty will be watching over all of you, so feel free to shove all the other PAX East attendees out of the way. If they ask you, “Hey, what was that for!?”, just tell them you’re playing Battleblock Theater in the real world! 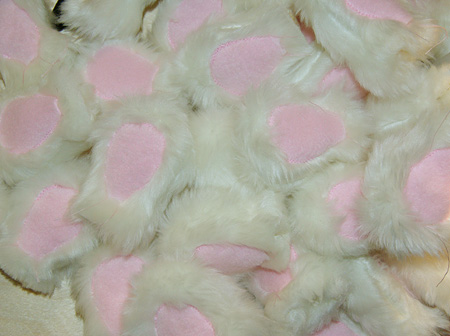 Come back next week to see what fuzzy mysteries await!