I didn’t expect to be filling any roles, especially one that started so tiny. We needed something for an Emissary conveying story things to you in the introduction part of the game. As we added features, the Emperor’s Orders missions appeared in Update 3. Now the Emissary is with you throughout your expeditions! 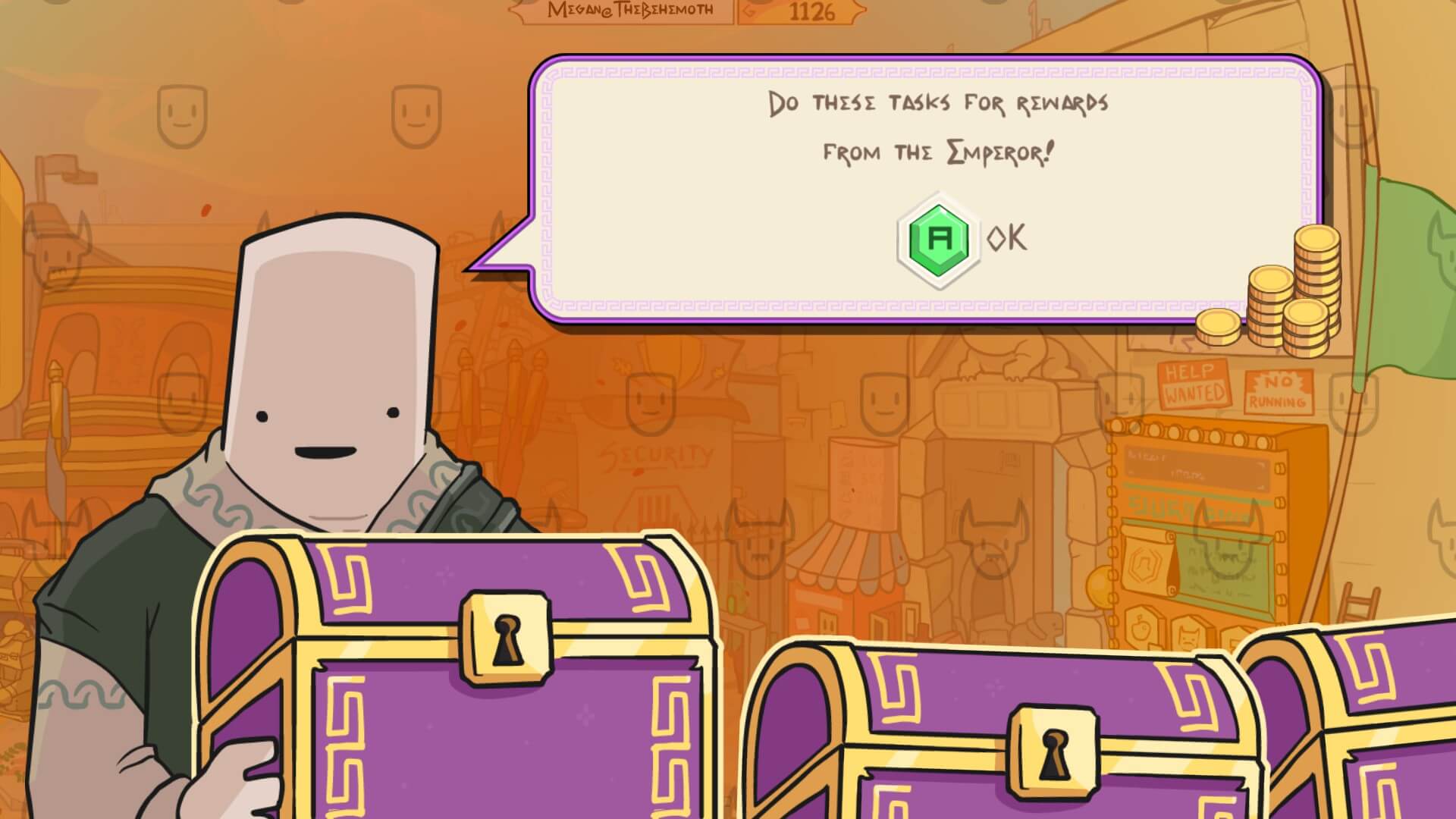 Even though the recording was initially assumed to be temporary I still had a tough time with this guy. I wasn’t really sure what I wanted him to sound like. I almost wanted him to be someone that you want to punch in the face due to coming off as judgmentally classist. It didn’t really end up that way, but I like where it landed.

After about 10 to 15 attempts, the shnooky-pooky binky-bong-bong line was me throwing my hands in the air and re-inventing my approach all together. The trick was making the gibberish much more formal sounding along with saying the stupidest words that came to mind. When Stamper laughed along with a good number of playtesters, I felt pretty good about leaving the recording as it was.

The Emissary sports both highs and lows in his voice, which makes it difficult for me to make additional lines for him. His signature “thing” is his high-pitched throat clear.

You can hear some of the raw recording from the first session below, some outtakes, one of the final versions of a line, and a bonus clip with the cow poop sounds!