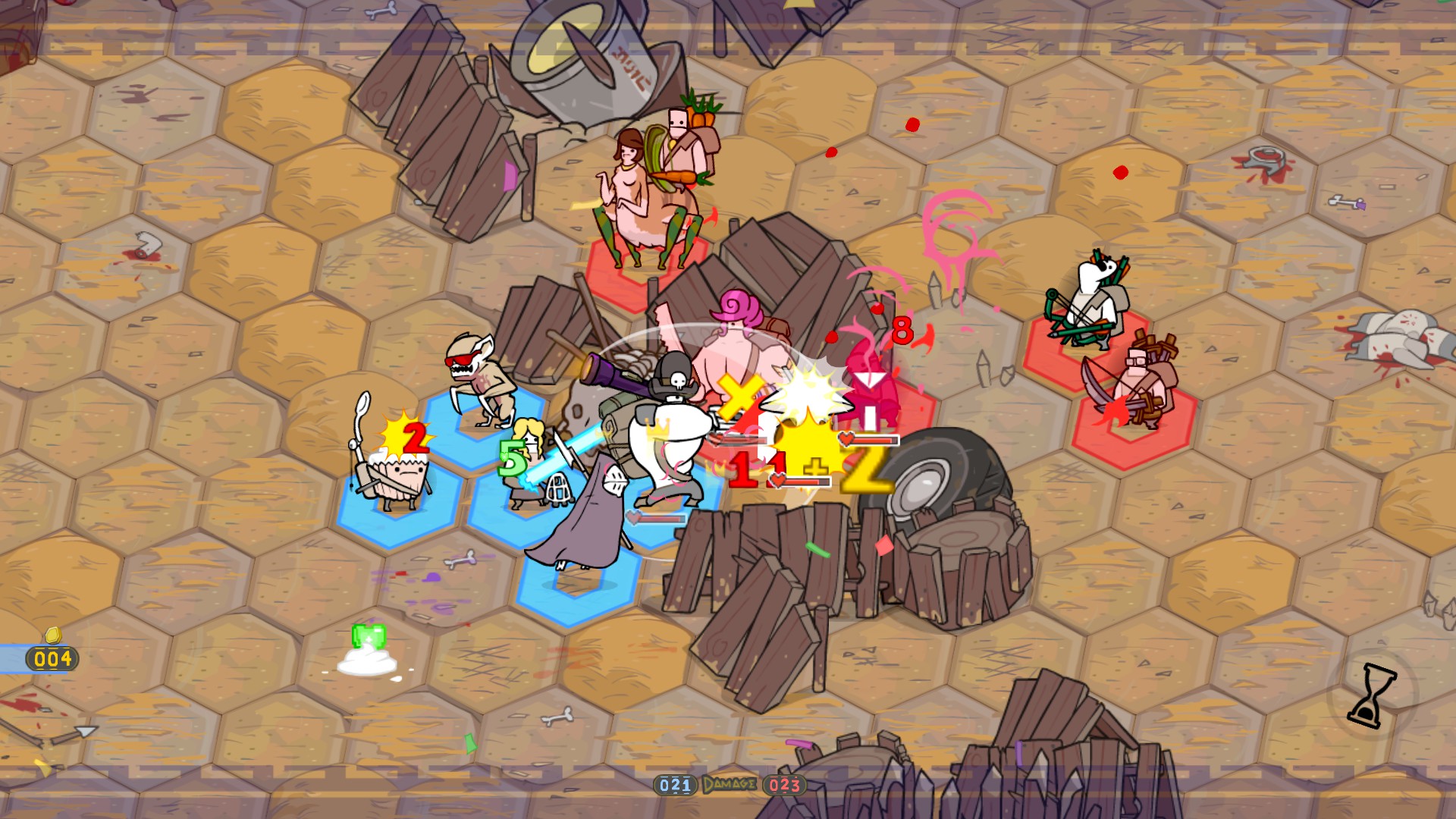 Cyclopes is plural for cyclops! You learn something new everyday–unless you already knew that… then you’ve learned nothing. But wait! This post isn’t over yet.

Just like Cyclopes, you could be all-knowing after this post, or at the very least have a good sense of these fighters in Pit People.

A Cyclops in Pit People is a one-eyed giant that can be a huge asset to your team. It’s twice the size of a human fighter in the game and comparatively its melee attack can deal even more damage. The Cyclops’ passive ability is a chance to knock an opponent out of formation.

In the GIF below, you can see that using a light sword will allow a fighter to swing twice and if you’re lucky you could even get this outcome:

This guy was twice as lucky with his hits! Just what the doctor ordered!

These large fighters are the only ones who can wield the largest mallets within the game — and some of these weapons have very special blends to them. Here’s an example of one of those Cyclops-exclusive weapons:

This Cyclops is attacking with “Alpaca Lips,” an explosive weapon with booming results.

Another advantage to using a Cyclops is the ability to walk through water without being slowed. This makes him the only non-flier that can accomplish this:

Did that guy just walk on water? Not exactly, but his size allows him to go straight through without problems!

One potential strategic disadvantage to using a Cyclops on your team would be the number of other fighters you will be able to have by his side. Generally, you can have up to 6 fighters on a team, but Cyclopes are so big they count as two human fighters! If you bring one Cyclops, then you can have up to 4 other human-sized creatures to accompany him. However, if you add two Cyclopes to your team, then you’ll be left to choose two other human-sized fighters.

Or you could always go triple Cyclopes at 100% capacity!!! Crazy!!!

Here’s an example of one team make up: 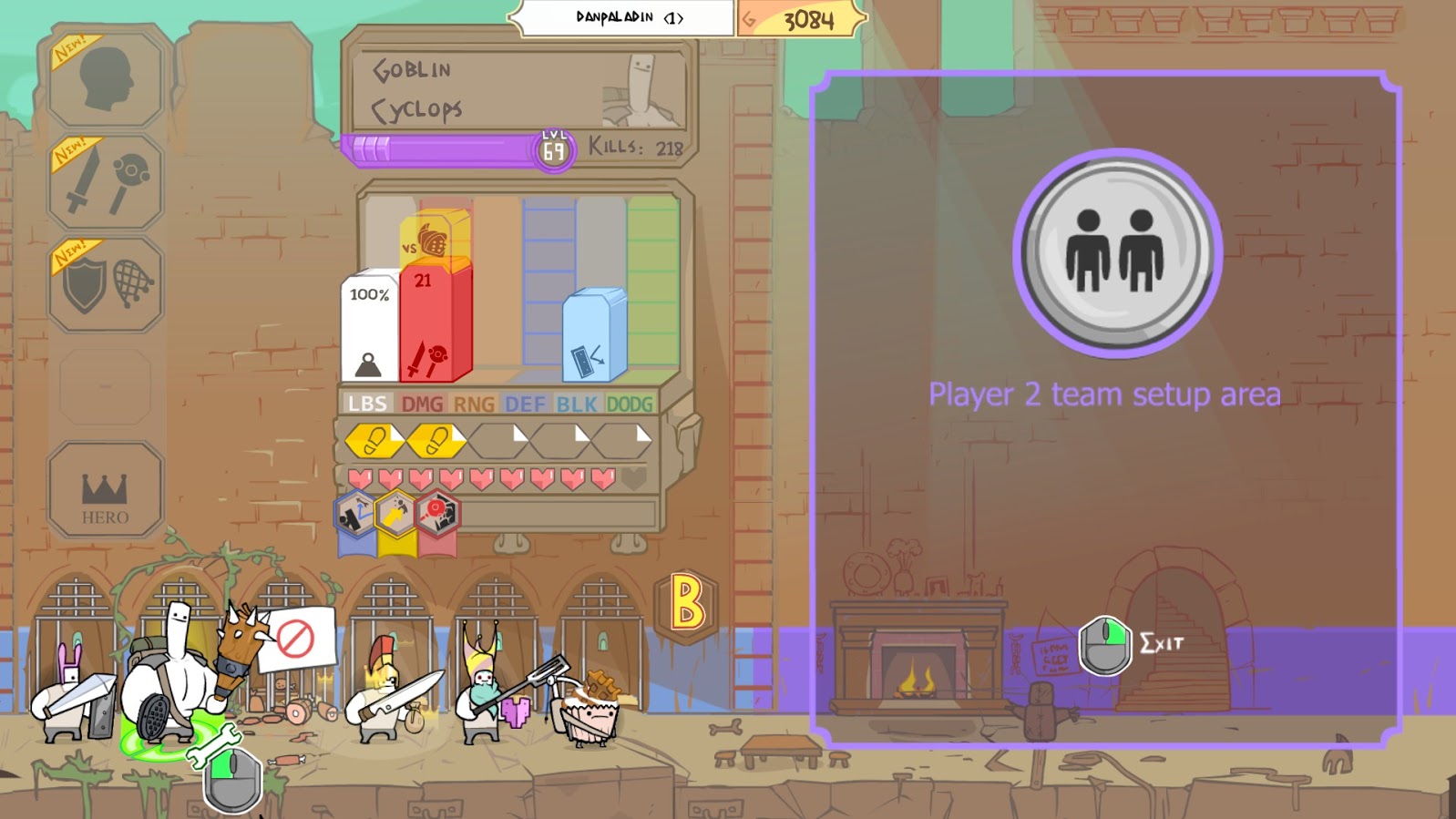 If you’re in a quest and see a Cyclops you want on your team, you could Recruit him in battle. Just be sure to leave him as the last enemy standing, and try not to get your faces mashed too hard in the process! Cyclops specific items could potentially pop up for purchase in the Market or the special items could be potentially be acquired through loot & rewards.

Finally, just like any fighter type on your team, you could make a Cyclops into a Hero. All that power will be boosted!

TL;DR
-Cyclopes have melee attacks that deal more damage compared to a human melee attack
-They’re the only ones able to wield large mallets & Cyclops-exclusive weapons
-They take up more space on your team since they’re twice the size