We’ve talked about several different unit types in Pit People, like Cupcakes & Mushrooms, and we’ve examined their individual abilities. Now, we’re here to talk about how you can enhance those strengths some more and move further than before! 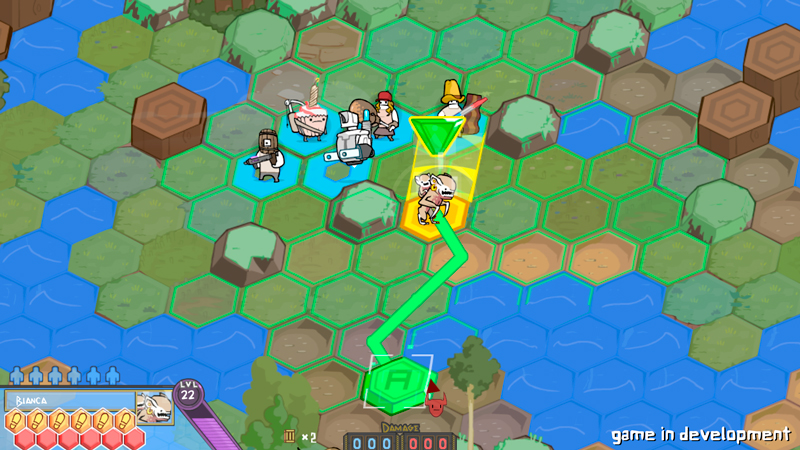 Whether you’re playing solo or cooperatively with another team, each team gets to choose their own hero. And what does a hero do for you? Why, a hero gets to carry heavier equipment, take more damage and move further than the average unit. For instance, Vampire heroes hit harder and cupcake heroes heal longer… it’s pretty awesome! 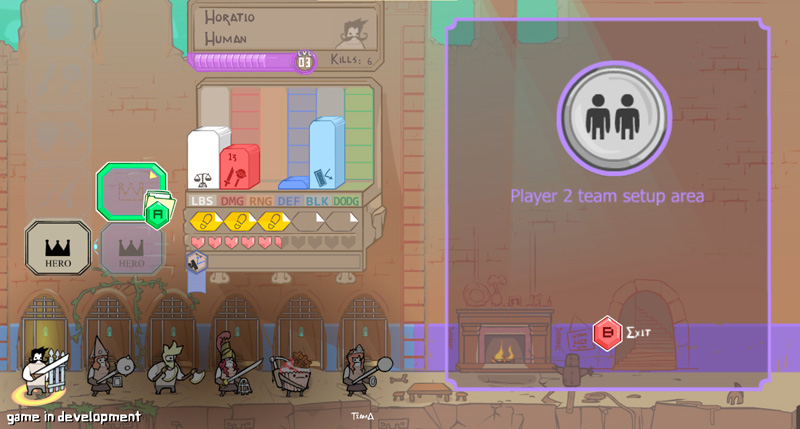 Normal Stats before becoming a Hero. 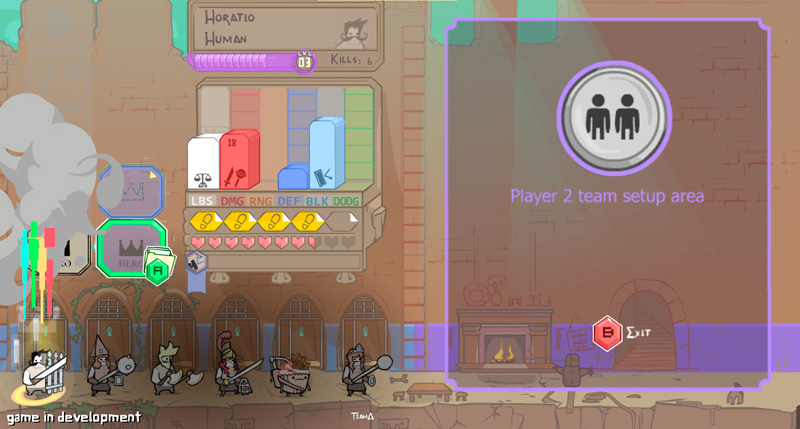 Look at that extra health, potential for damage, and increase in defense! The footprints indicate how many hexes you can move across during battle, so you can see that Horatio can move an extra step when in Hero mode.

This ability to have greater movement across the battle terrain can come in handy, especially when you’ve got some types of terrain that may slow down some fighters or harm them. 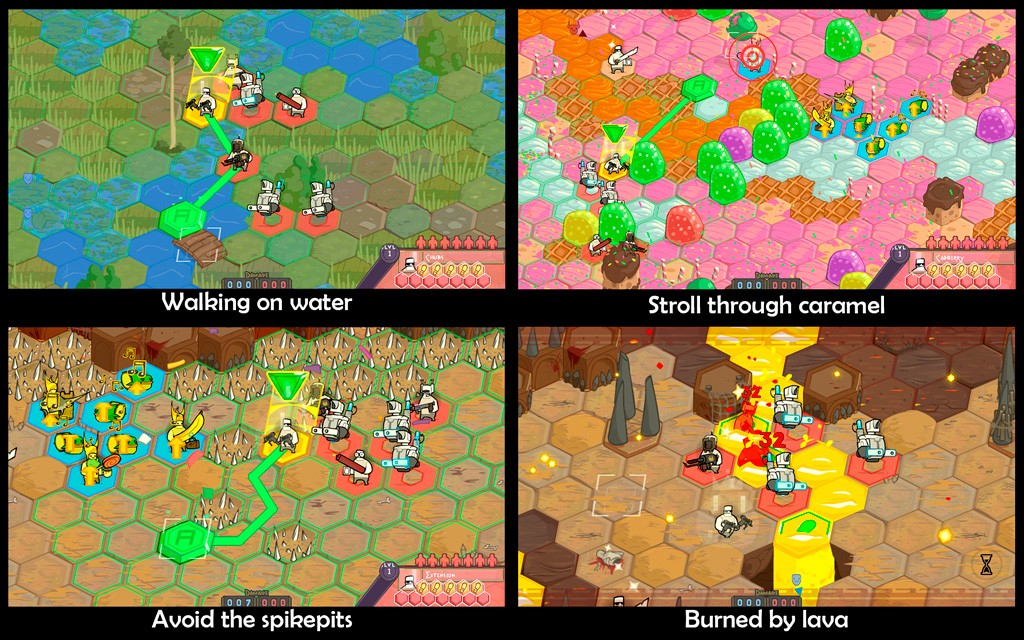 Water and caramel slow down some fighters without harm. Lava can also slow down a fighter, but this terrain type will also deal some damage to those fighters passing through or standing in the burning liquid. Then you’ve got spikepits that won’t slow you down, but they sure hurt a lot!

So not only will extra movement help, but those extra HP could keep your hero alive longer than the rest. Think hard before you place your fighter somewhere!

Any unit type can be made into a hero! However, you can only have one Hero in your team at a time, so choose wisely!

TL;DR
-Making any of your team’s fighters into a Hero will increase that fighter’s stats, abilities, and the distance it can take in one turn.
-You can only have one Hero in your team at a time
-Certain terrains can slow fighters down and some even harm them