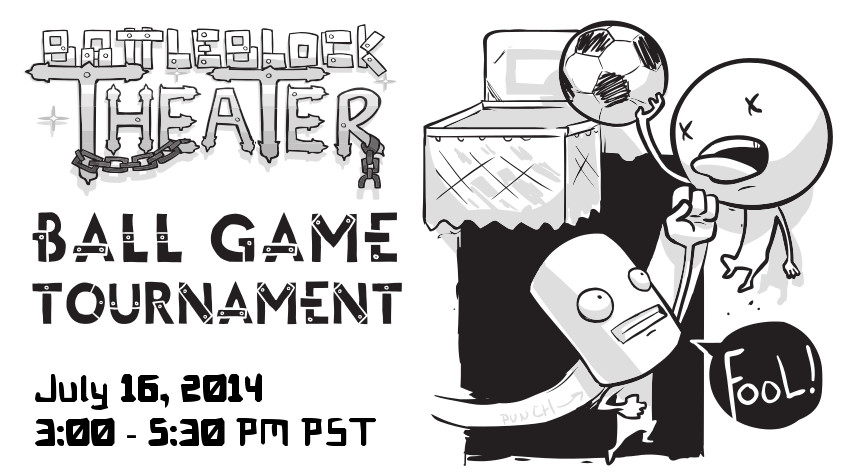 
We did registrations last week and now we’re finishing up the auditions for the Ball Game Tournament. The real challenge starts at 3PM PST next week on July 16th when we stream the BattleBlock Theater Steam Ball Game Tournament live. If you’re ready to watch some amazing matches and cheer for your fellow BattleBlock Theater Steam players, then follow our Twitch TV channel now. Then tune in on July 16th between 3:00PM – 5:30PM PST to see who gets to be a champion and win the mystery grand prize.

We will reveal what the mystery grand prize is at the beginning of the live stream before we get the tournament started. Then each accepted contestant will be given a chance to win a Best of 3 match. Those who win the Best of 3 will get to advance in the tourney; those who lose will be out. It’ll be non-stop action using both Behemoth made levels and community made playlists. Come watch and chat with us!

Our final DIY mask design is great because you can

Last week we showed off new development in Alien H