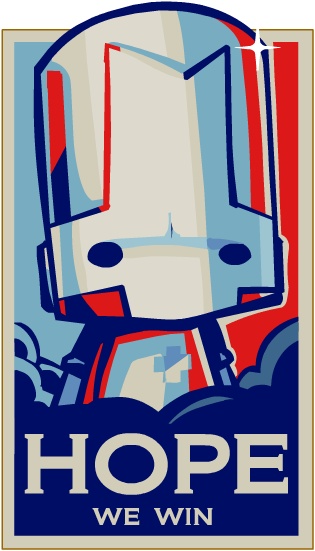 Voting has officially started for the annual Xbox LIVE Arcade Awards. Castle Crashers has been nominated for the following categories:

Voting started today and lasts until Tuesday, March 10th.  Head over to the Xbox Dashboard and under the Marketplace tab there will be an option to vote. This entire process is judged entirely by YOU the fans!

It's that sweet, sweet Friday Feeling. What are yo

When you go out, you gotta mask up — and no one