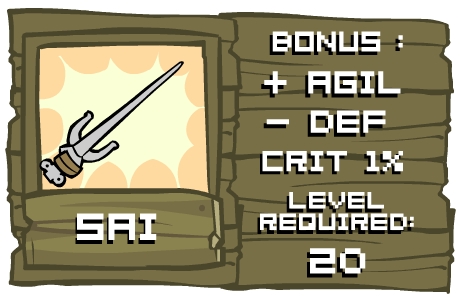 emil is forcing me to make this post about a weapon you may have seen when we revealed our ninja character (that emil forced us to reveal).  so here’s the sai that he was holding and its statistics!!!!!

the wordleysnord will be revealed within the next couple days, i think, and it’s not actually called that.  i just made that name up right now because i can’t remember it because there are 189495676829845 weapons in the game.