We just unveiled our new weekly prisoner unlock over on our BattleBlock Theater site!  This character enjoys slide tackling.  There are over a dozen abilities that we’ve given players in BattleBlock Theater.  Today I’ll be talking about some of the uses and development of the slide tackle!

Once upon a time BattleBlock Theater prisoners didn’t have a lot of defensive maneuvers at their disposal.  After finding ourselves in some sticky situations, and watching some of you play at the tradeshows, we decided we could make things a lot more interesting if we added some more defensive moves. 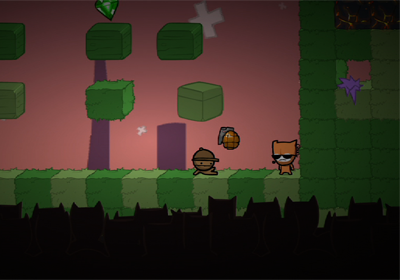 You now have an option to kick that grenade right back at your attacker (amongst other projectiles).   Of course, your attacker also has the option of doing the same and sending you both into the deadly metagame of hot-potato until someone turns into confetti.  That’s if they managed to foresee your plan to utilize your slide tackle – a lot of the time it just ends in a nice satisfying karma biscuit. 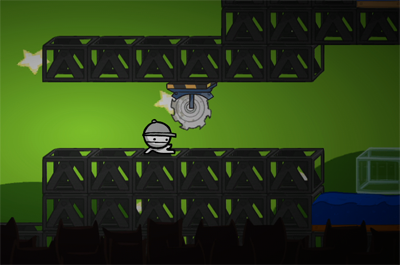 The slide tackle has various other purposes that aren’t combat oriented – such as getting out from underneath a laser that’s charging up,  sliding under moving horizontal hazards that would normally chop your head clean off, or making some good time across that goopy tar. 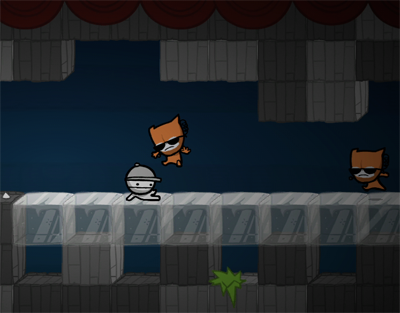 Many of the abilities you’ll have at hand are lumped in under shared buttons.  We decided to put the slide tackle tied in with the same button that falls roughly under the ‘non-lethal disruption’ button.  The context you’d need to pull of a slide tackle is to be running left or right when pressing.  It feels very natural and is easy to pull off.  It’ll get you out of all kinds of binds! 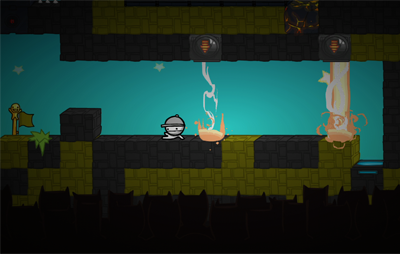 Later on I’ll tell you about some of the other abilities you’ll have at your disposal.  Stay tuned, sires and siresses!

Literally no one asked, but with so many anatomy c

The Aliens have beamed back up to the Mothership,

Digging the Alien jams? Learn about the origins an

To close out the first season of podcasts from PAX

This shirt is a good visual for how our brains are

Have you faced Megabot's mega-strong lasers yet?

It's time for the final face-off! After 3 days of