It feels like BattleBlock Theater released just last month…oh, right! It did. Since its release on April 3rd, the game has made over 200,000 BBT owners into performing gem collectors in our theater run by technologically advanced evil felines. We couldn’t have made it this far without the support of the fans, so THANK YOU. We hit 200K on the leaderboards earlier today. Yay! 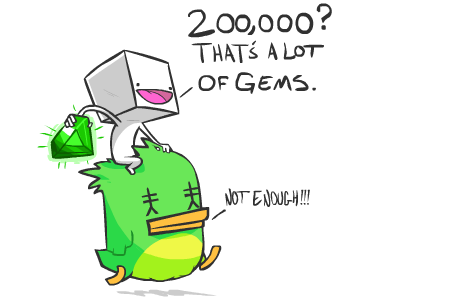 An interesting fact we’ve discovered is that half of the people who have tried the free demo have purchased the full version of BattleBlock Theater on Xbox LIVE Arcade. If you run across anyone who hasn’t heard of the game yet, share this Story trailer with them and encourage them to check out the Free Demo of BattleBlock Theater. 50/50 chance they won’t be disappointed!